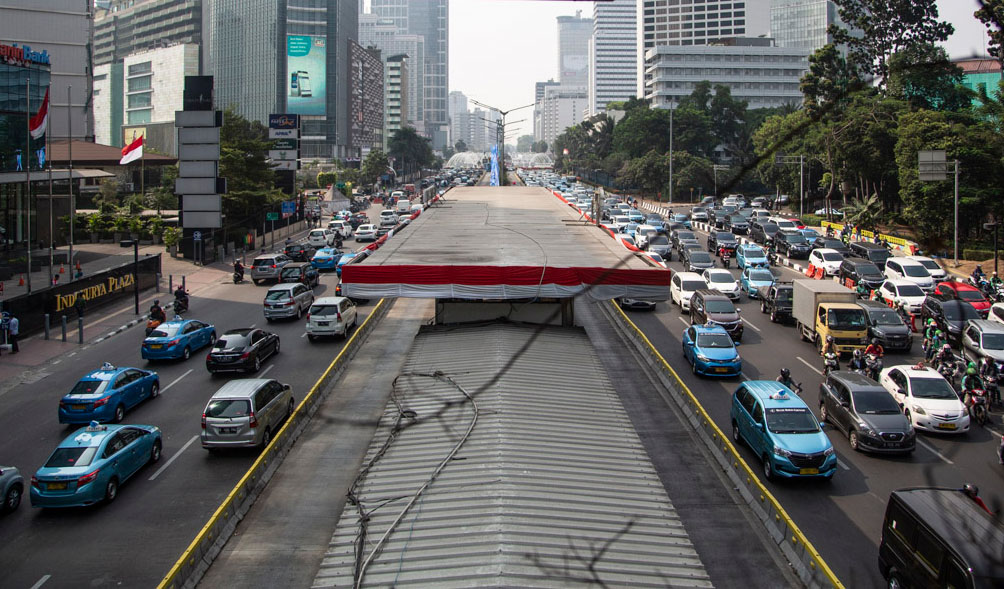 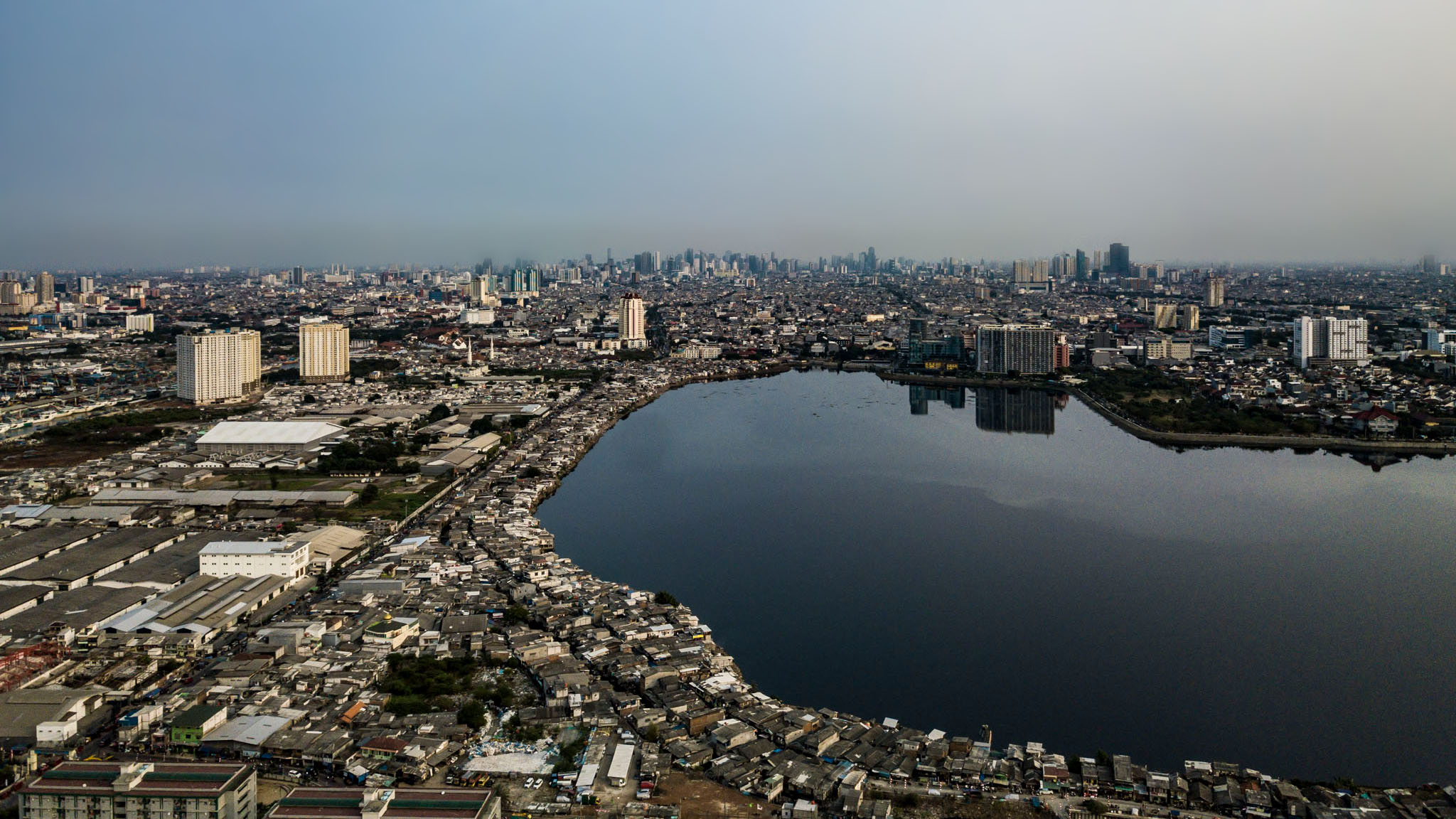 I still can’t believe it! We did it!

This trip is something special for me. I was traveling in Asia already. I’ve been to Thailand, Sri Lanka and the Maldives. But this time Anna and I have planned to go crazy spending 6 months abroad. Yes, 6 months, 175 days full of adventures, surprises and spontaneous decisions. Our first stop is Indonesia, then probably Nepal, India and finally Myanmar in January 2019. But who knows where we end up. Hostels are full of people who have interesting stories to tell and for sure will influence our travel path.

We booked a flight to Jakarta, the capital of Indonesia. A megacity that people recommended us to leave as soon as possible. They told us it is crowded, chaotic, full of traffic jams and pollution. And I have to admit, these people were right. BUT what they haven’t mentioned is that this city is full of lovely, charming, happy and smiling people. Of course many of them suffer poverty, but I can just say what emotions I have recieved during the first two days of walking through Jakarta: it was the warmest smiles full of love and joy. 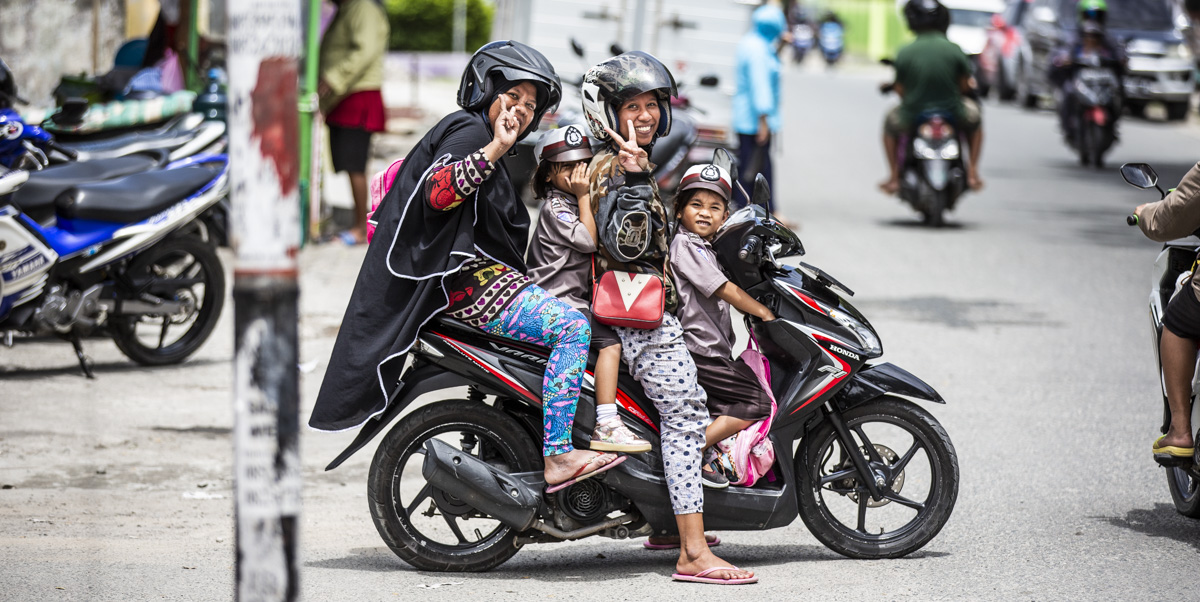 I was really curious how I will handle my huge overloaded Backpack, which should have around 25 Kg in total. So we decided to take the train from the airport of Jakarta and walk from the train station to our hostel to test our weak office bodies. It was just a walk of 45 minutes, but we took every occasion to have a rest in one of the many parks in Jakarta that were on our way. We even went through a rally of a muslim party by accident. „Allahu Akbar!“ was shouted out loudly by the demonstrants. For those who don’t know: it just means God is great. I guess I will write another post about the political situation in Indonesia, and especially the history, which shocked me deeply.

As we arrived in the Capsule Hostel in Old Batavia it was evening already and my legs were pudding. Even better to have had a cozy double room with a comfortable bed and air condition. At first I was wondering why do the little window was a wooden plate, but after I closed it the loud street noise almost disappeared. The rooftop was really cozy to hang out. There was a Pool table, chess games and a bar with cold drinks and tasty food. Lucky as usual we met some great people to talk to. It is a good feeling to sit next to people from so many different continents sharing political views, travel stories or just a cold Bintang beer. Oh yes, our conversations got deep after a few of them. The staff was very charming and helpful, the environment clean. I would definitly recommend this hostel for a short stay.

The next day we started walking around the city without a plan where to go. We landed up in a poor housing area. It was a weird feeling to pass so many living rooms, having an insight of peoples private sphere. But instead of looking angry at us almost everybody has greeted us with a big smile and hello. Some even wanted to take a selfie with us.

After a while we took a tuk tuk to this big green square on the map, which was the national monument of Jakarta. Would have loved to get on top of the observation platform of the monument to take some pictures from above. But as the cue was endless and the polluted air does not allow you to see further than a few hundred meters anyways we just had a short rest and went on.

The harbour was our next destination. On our way we suddenly saw a huge truck full of flowers and a huge Soundsystem next to it. A band was playing on a stage, a camera crane was filming it. We saw a beautiful decorated booth with a child sitting on a golden throne. I had no idea whats going on there, a wedding maybe? But then someone got in contact with us and asked me to take a picture of the young guy. It turned out that they were celebrating his circumcision, and now we were too. His family invited us to some delicious food, asked us to dance with them and welcomed us like their own family. Especially the little guy who was around 10 years old was almost as happy as we were to share this event.

Still having the harbour in mind we walked along a street to get there, a street that seemed to never end. What looked like a walk of an half an hour on the map took us almost 2 hours. Suddenly I saw the fish market and got reminded of the lovely atmosphere of the fish market I have visited last year in Casablanca. Not only by the really bad smell ^^. Especially the fact, that fisher men are thankful photo motifs who stand tall and proud. I got stopped by almost every second fisher man in the market to take a picture of him and his catch of the day.

A few hundred meters behind the fish market we found a slummy village built on water. It appeared as a chaotic mosaic of corrugated iron, wooden pillars and plastic rubbish. Everything of this ensemble seemed to fall apart, but still it withstands year after year. Later on I talked to a fisher man who told me that he was living there since many years. Life on the fish market seems tough. Work hard – earn little.

Right next to this place I saw an old man sorting out sun-dried crabs on a jetty. I would love to have just a little of his patience… 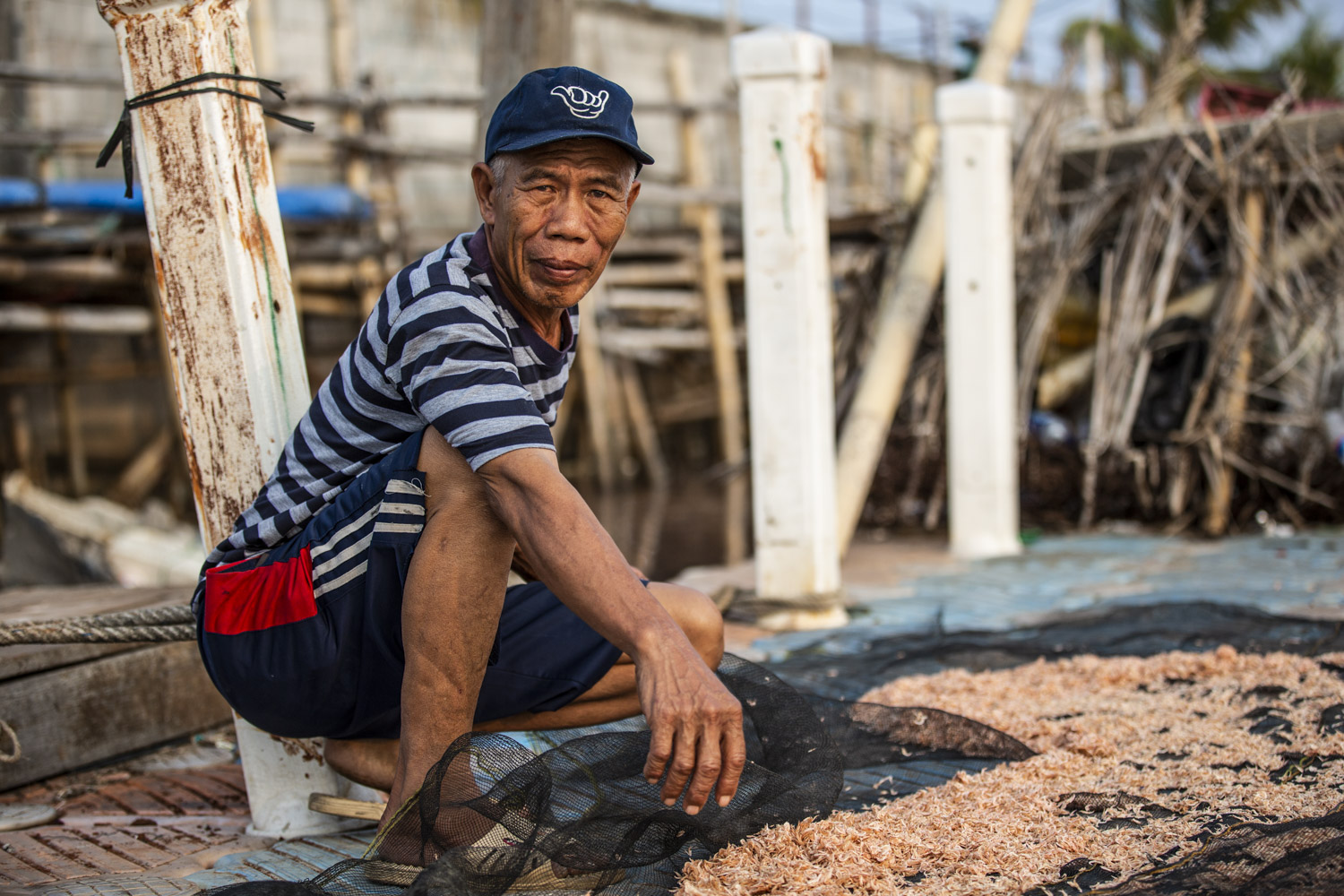 After this day I have to say that Jakarta is totally worth a short visit. There is so many hidden corners to discover. So many people sharing their smiles with you. So many interesting ways of life. 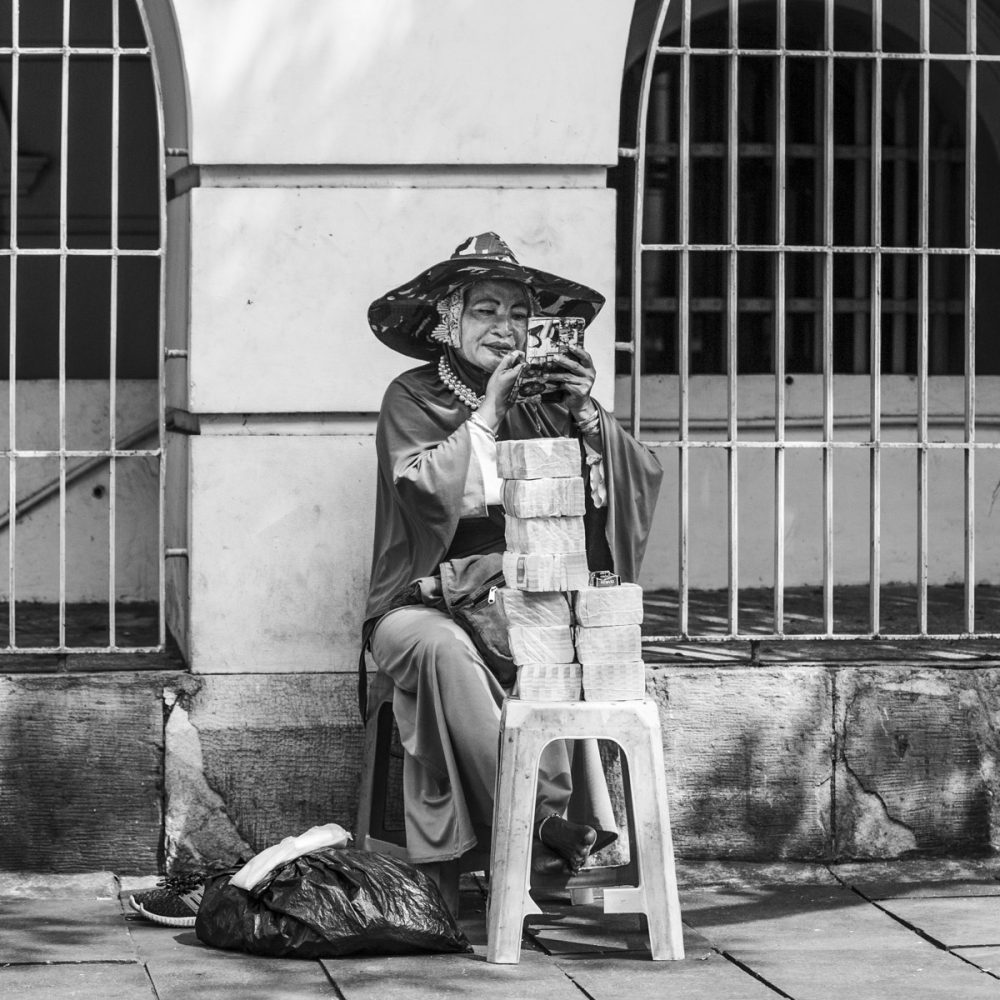 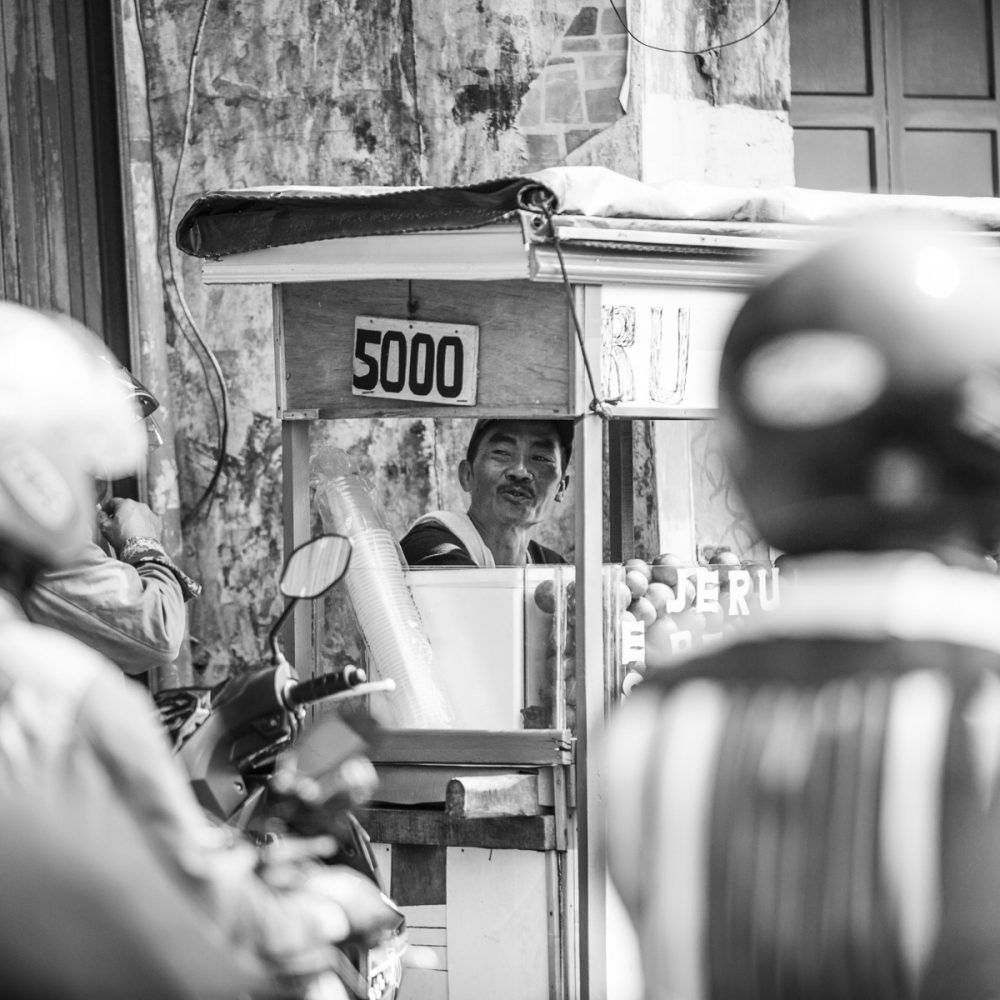 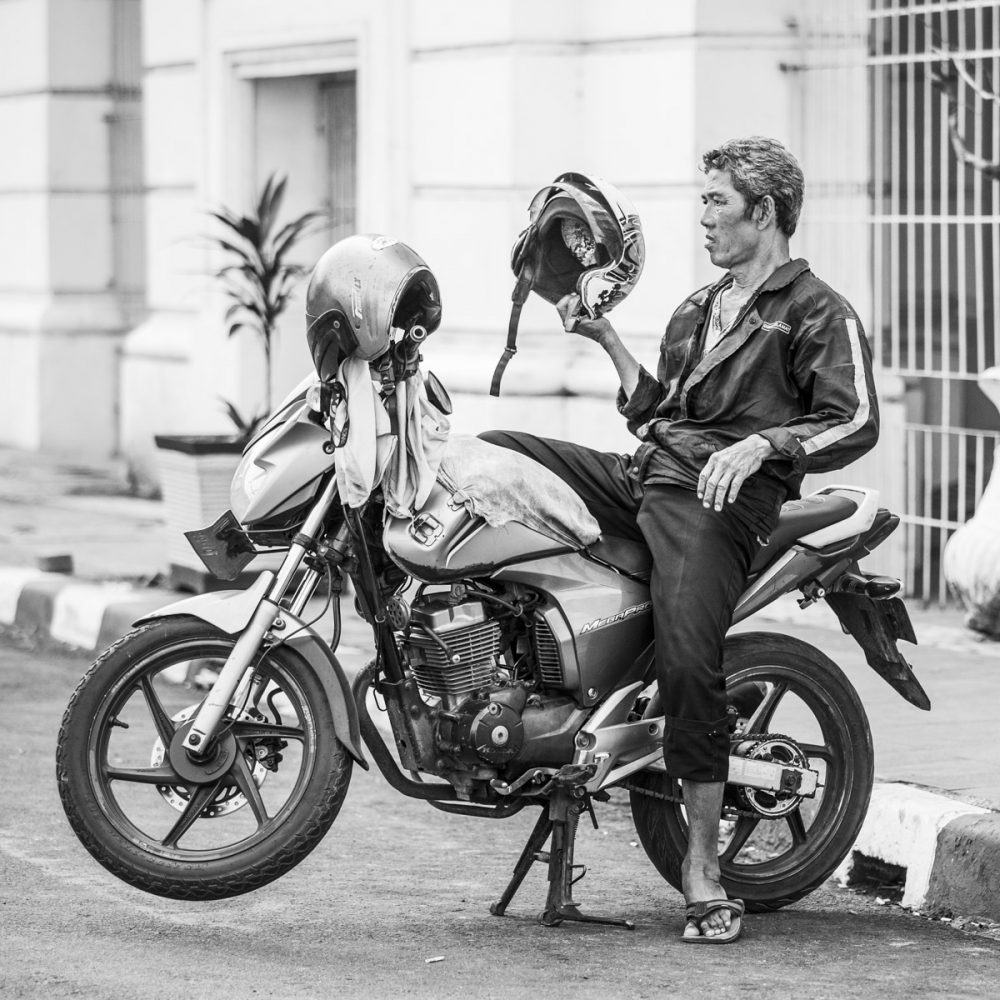 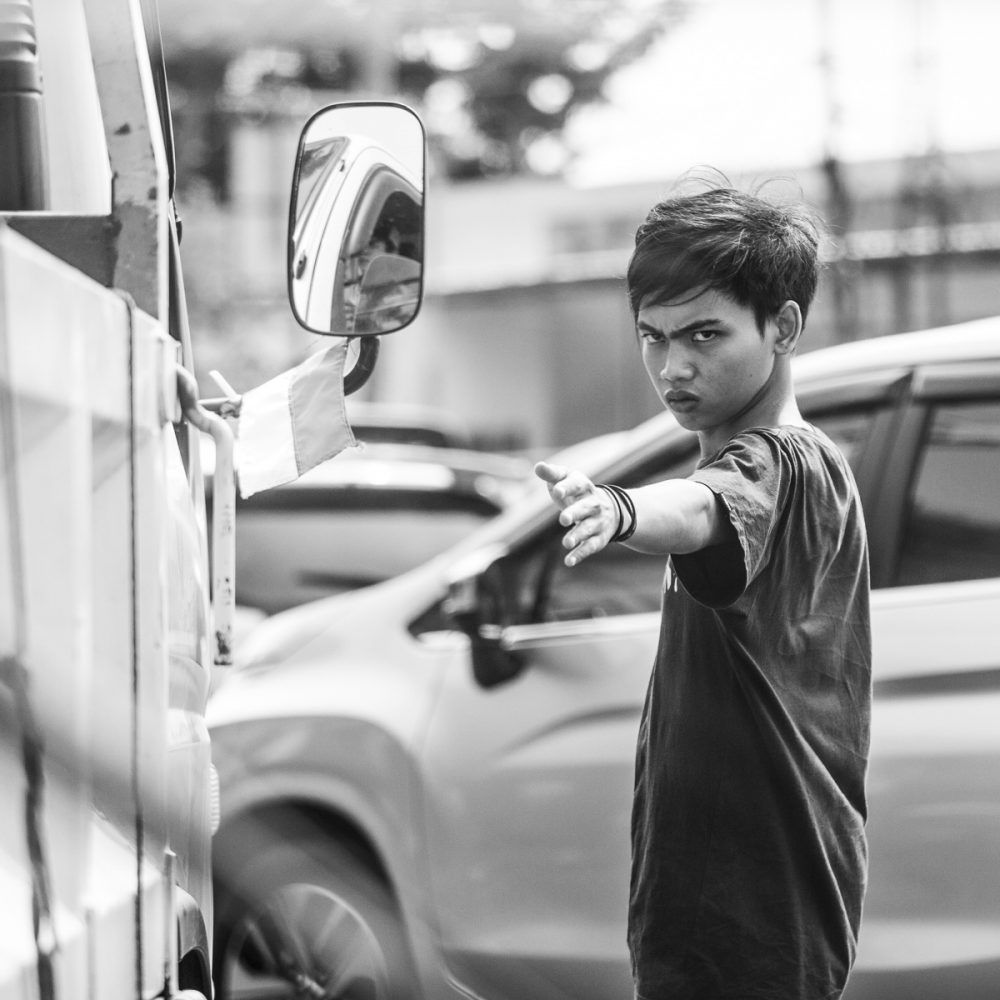 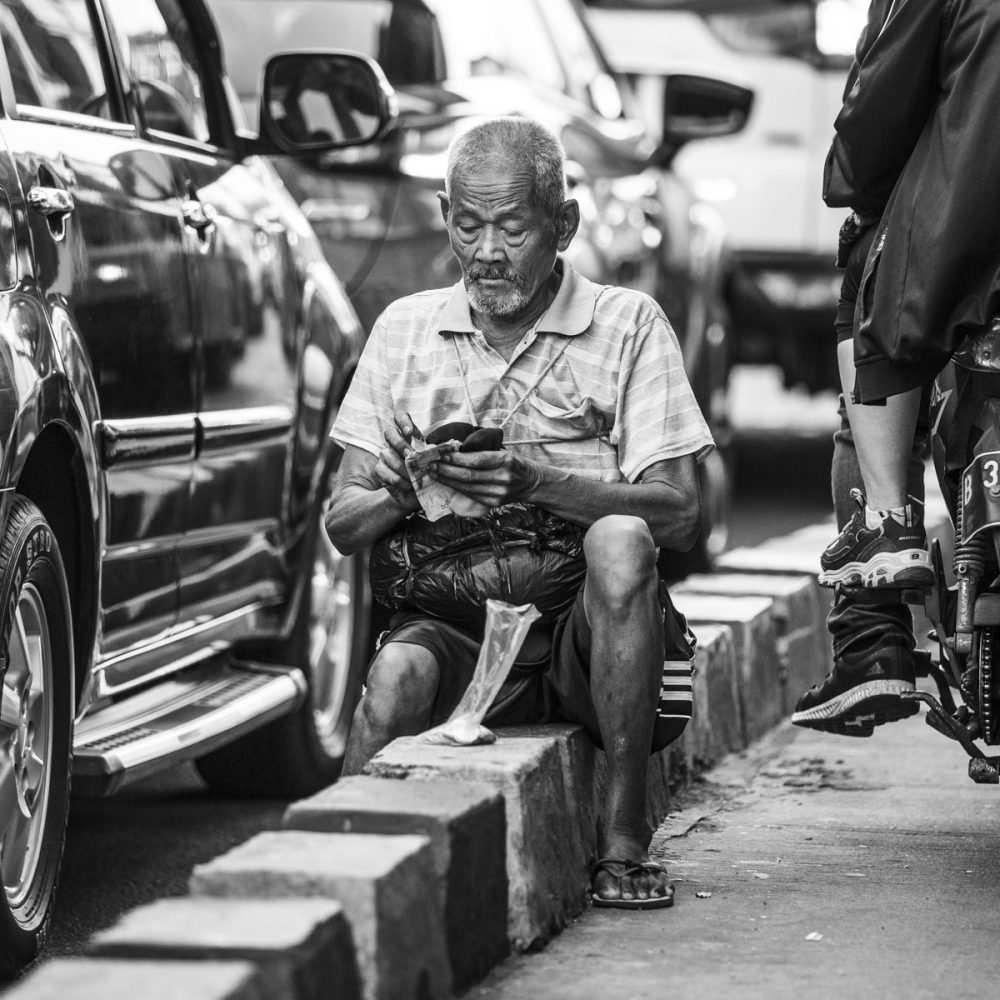 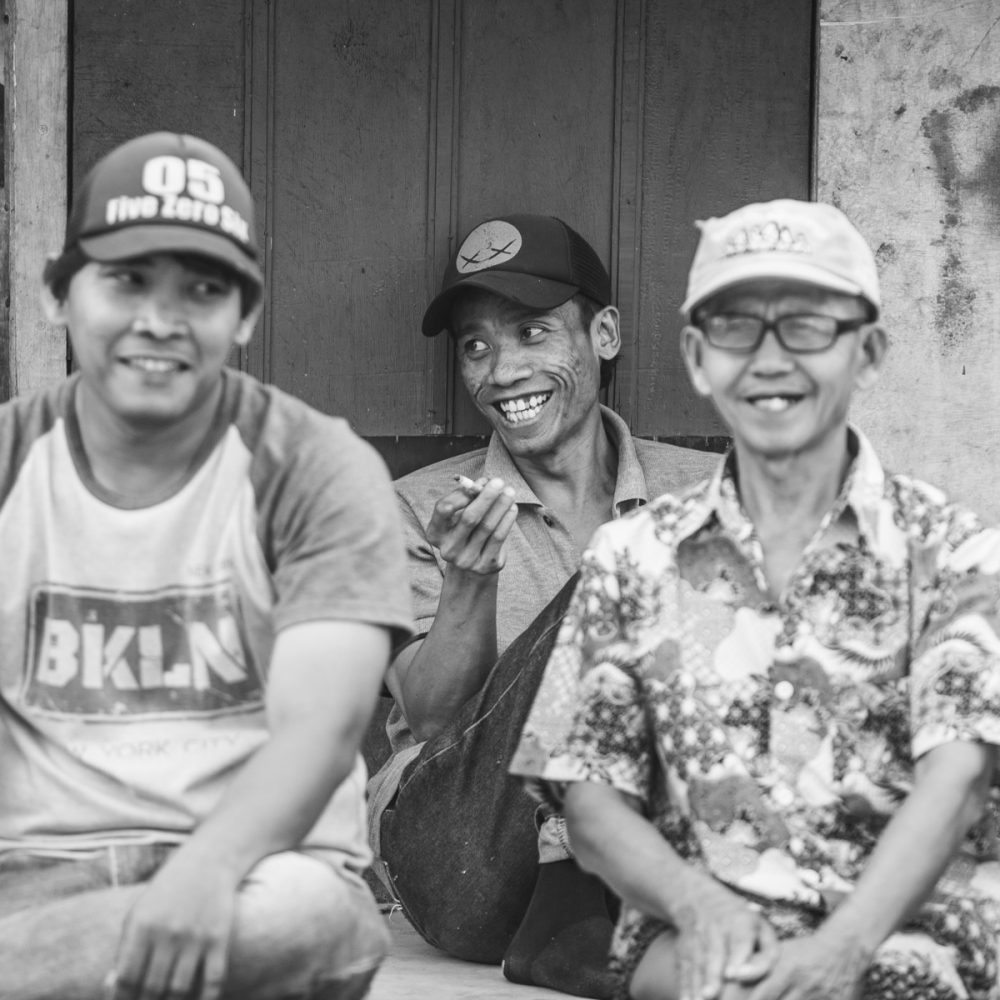 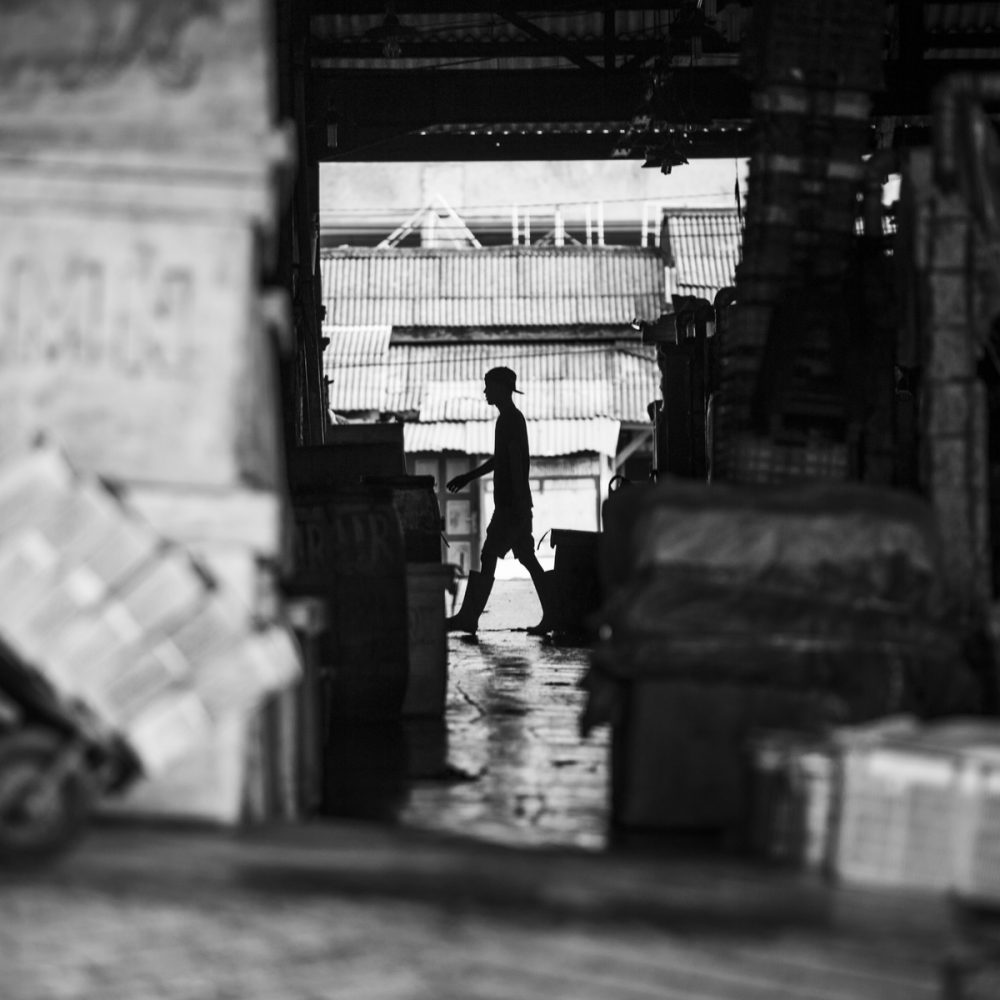 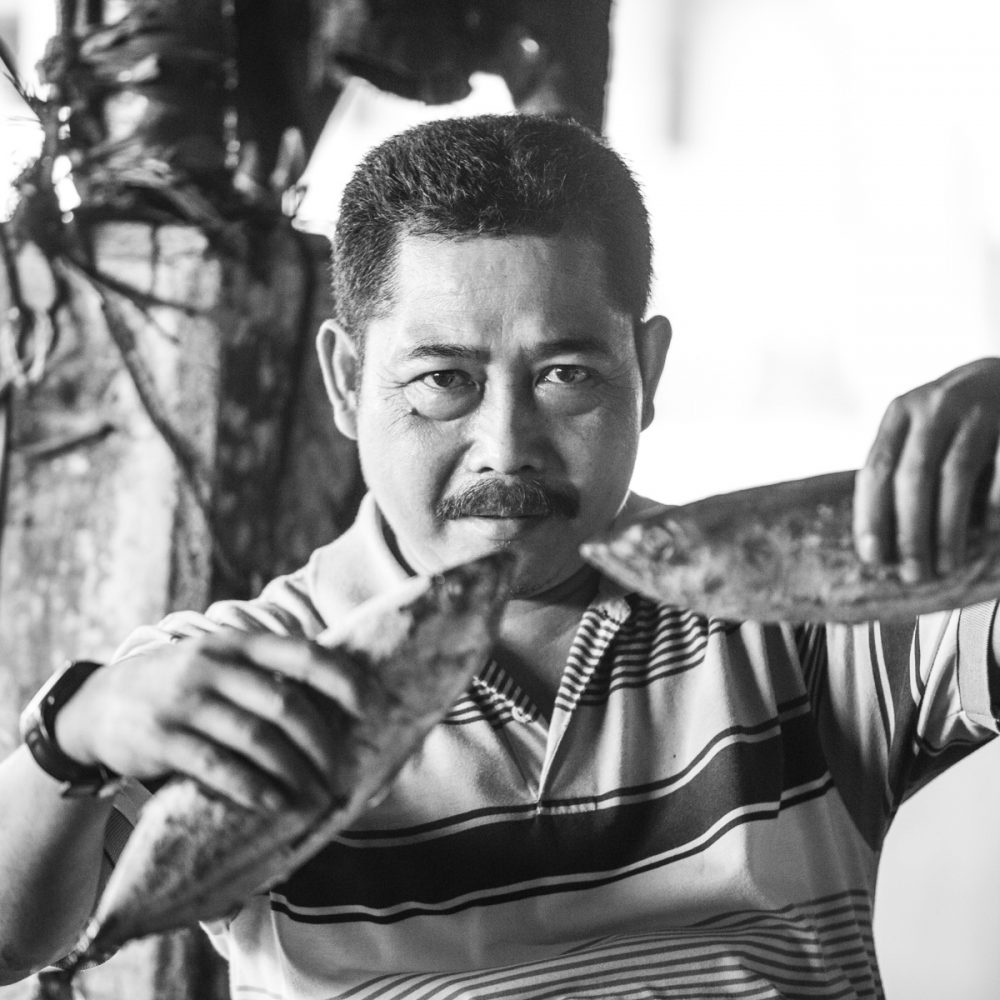 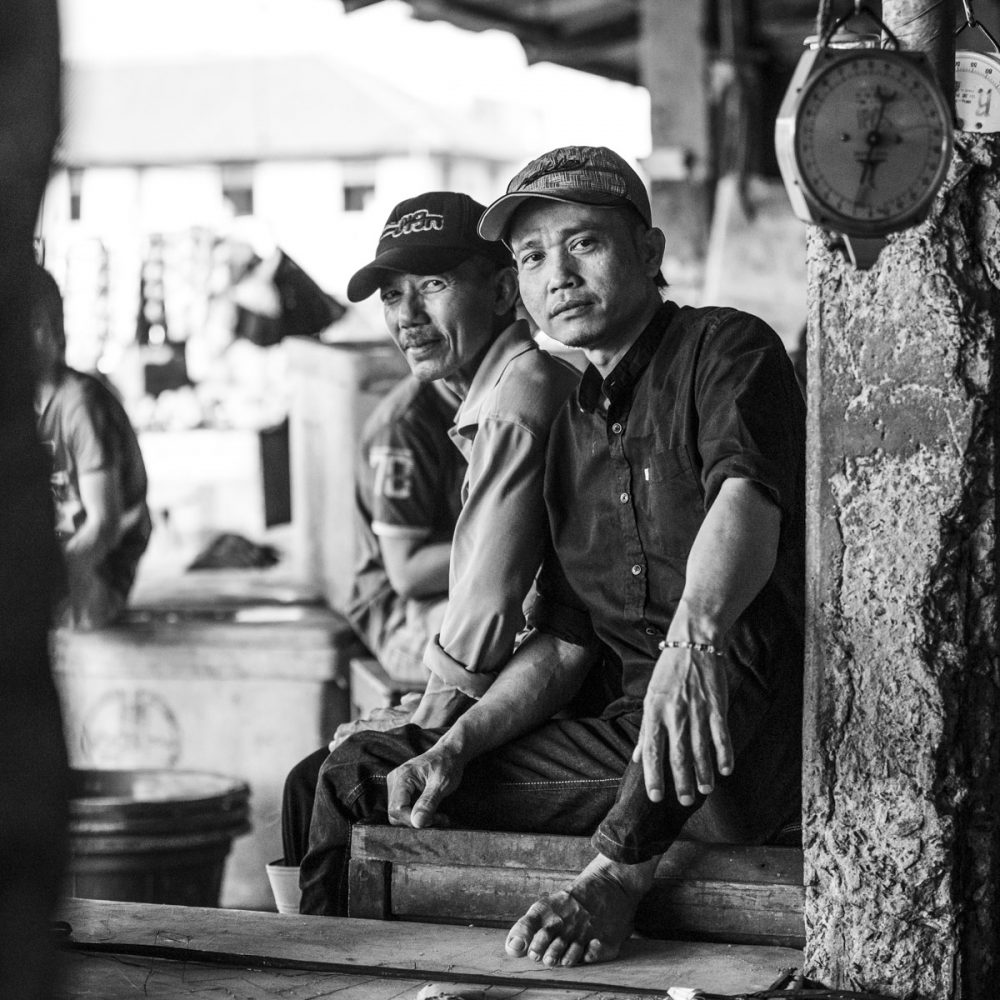 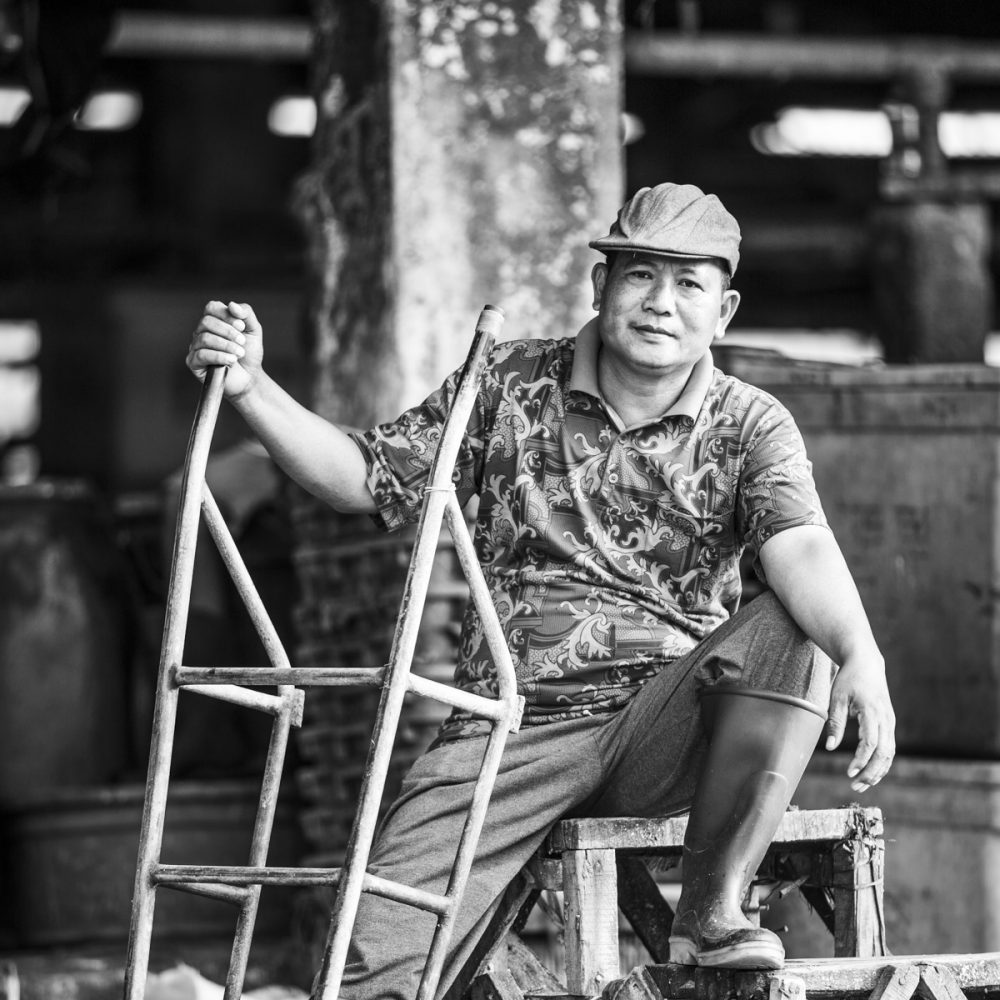 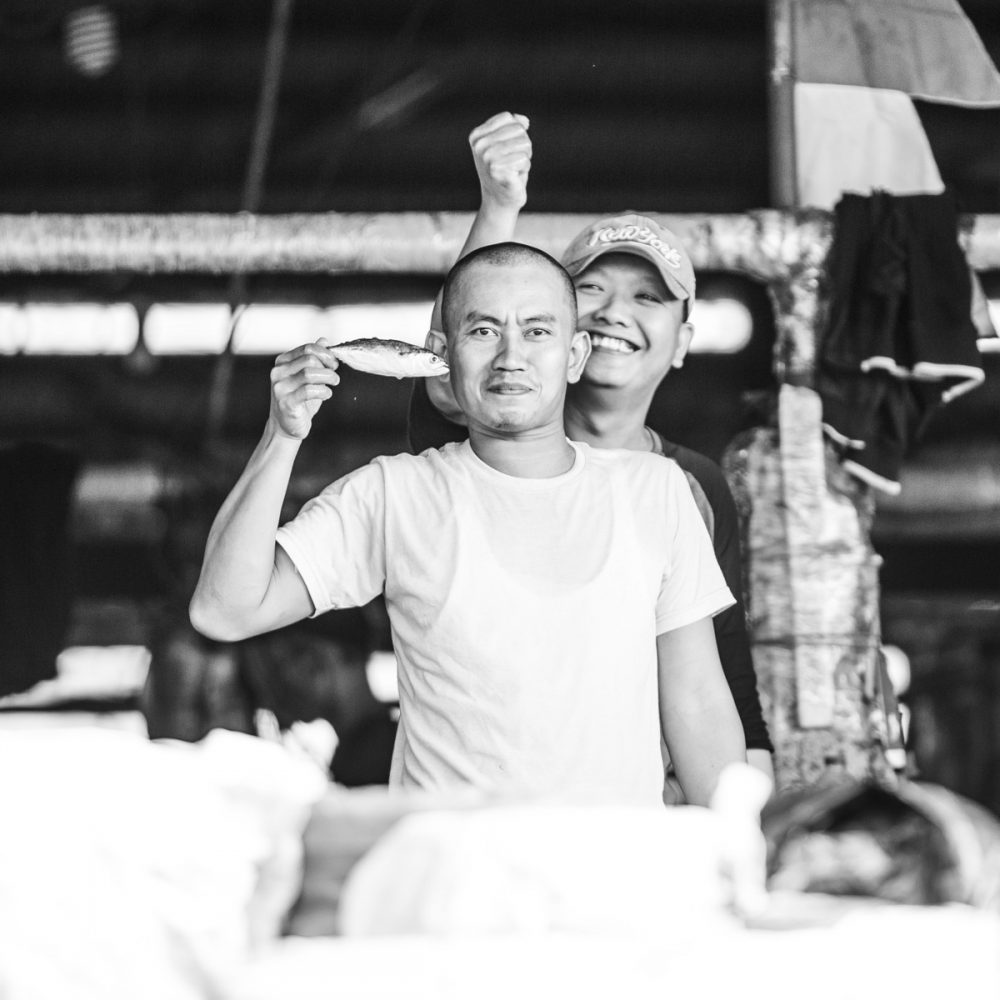 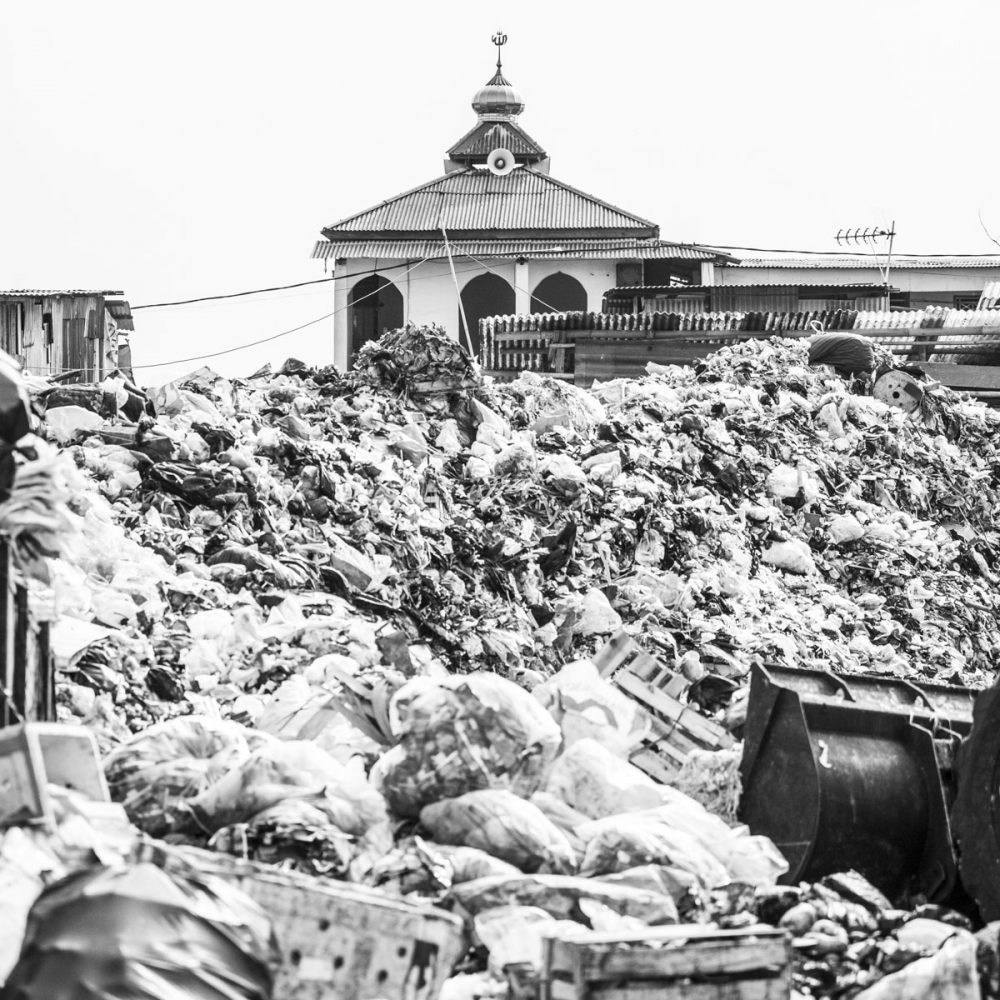